Searching for Happiness at the Highlander Festival of Bhutan

Searching for Happiness at the Highlander Festival of Bhutan 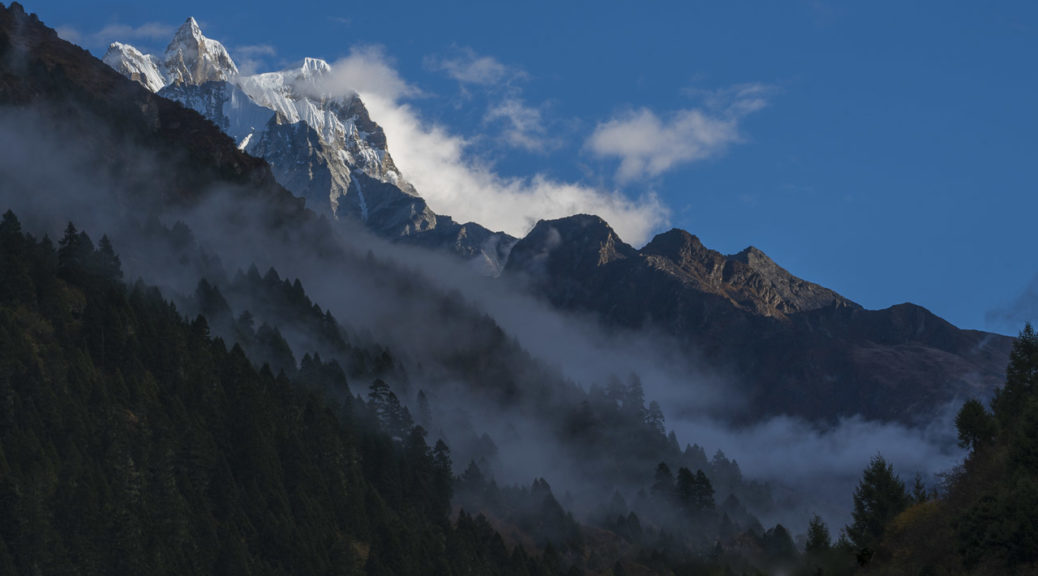 The Royal Highlander Festival is the newest Bhutan festival. Known as the happiest country on earth, Bhutan knows how to celebrate life. Festivals dominate the land and it’s easy to see why the Bhutanese measure life with a happiness index over the western world’s GDP. The Highlander festival was a day filled with goodwill and celebration. If only all countries worked on quality of life over the things you have.

Started by the King of Bhutan to promote highland culture, improve the economy and to bring tourists to the region it is a hearty display of what life is like in the Himalayas. The king himself attends the festival to say hello to visitors and if you are a foreigner, chances are you will be able to speak directly to royalty.

To get to the festival it is a two day trek from Gasa to Laya. We set up tents in Laya some 4000 metres (12,000 feet) high in the Himalayas of Bhutan.

This picturesque village makes for a beautiful backdrop with extraordinary views of the surrounding peaks.

During our trek, the Snowman Run was taking place to kick off the festival. As Dave and I slowly huffed and puffed our way up the narrow trail, local men and women raced past us running 25km up and across the Himalayas of Bhutan.

When we approached Laya a welcome committee was waiting at the gate to greet the runners but they also gave trekkers a warm welcome too.

Children sang and encouraged everyone passing by and played coy when we approached giggling as they hid behind a bush. It was a tiring climb for us and to have smiling faces say hello gave us the energy to move on another hour to our camp.

By the time we reached Laya in early afternoon it felt a bit like a ghost town. The streets were empty and the shops were closed so we had the place to ourselves.

The festival takes place another 500 meters up the mountains and everything was shut down as the celebration was all taking place an hour’s trek further up.

We arrived at our camp and luckily there were a few locals around so a friendly man let us stay inside his cozy house while we waited for the horses to bring up the rest of our tents and gear.

Being the first tour ever for Gray Langur, there were a few kinks to figure out like timing for the arrival of gear. But knowing Gabriel, he’ll have it all sorted by next year as he has very big plans.

It’s interesting to talk to a Silicon Valley CEO, they don’t let anything phase them and they think big! I wouldn’t be surprised to see a helicopter taking all their gear up to the top of the trek by this time next year!